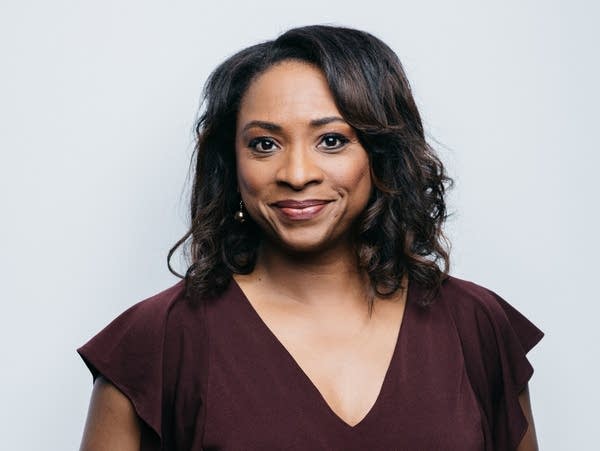 Angela Davis is the host of MPR News with Angela Davis, a weekday talk show that airs at 9 a.m. She joined MPR News in November 2018 after more than 25 years of television reporting and anchoring in the Twin Cities and other cities throughout the country.

Davis leads conversations on a wide variety of topics including how the state is changing, Minnesota’s persistent racial disparities, economic issues, education and mental health. The program includes insight from experts as well as listeners who call in during the live broadcast.

Before joining MPR News, Angela anchored morning and evening newscasts at WCCO-TV in Minneapolis and KSTP-TV in St. Paul. She has won five regional Emmy awards for anchoring and covering breaking news. Her television career included jobs at CNN in Atlanta and local stations in Washington, DC, Dallas, TX and Lexington, KY.

Angela holds a journalism degree from the University of Maryland, College Park, and grew up in southern Virginia. She also did graduate work in urban affairs at the University of Texas at Arlington. She is a member of the local and national chapters of the National Association of Black Journalists and Delta Sigma Theta Sorority, Inc.

Angela is the mother of two college students. Her son attends Morehouse College in Atlanta and her daughter is a student at North Carolina A&T State University in Greensboro. She is married to fellow journalist Duchesne Drew. In 2020 he joined her at Minnesota Public Radio after a long career as a reporter and editor at the Star Tribune in Minneapolis. They live in St. Paul.